Chris McCaffrey, aka Coach Macca, grew up in Jacksonville, FL. Athletics took up most of his free time, soccer being his favorite sport. After receiving his Bachelor’s degree in Sport Management from St. Leo University, he began to focus his resources on the sport of running. His debut in competitive racing started with a Turkey Trot 5k November 2010. Chris placed fourth overall with a time of 17:50. Two weeks later was his debut 10k, finishing the race with a time of 37:18 and third overall. He was immediately picked up by a local racing team and running specialty store, to join the team on a 200 mile relay from Miami to Key West. The team placed 1st Overall, setting a new course record that still stands today. The team averaged a 6:08 minute mile pace.

Chris has now been competitively racing Road Running Events for the past ten years. However, for the past seven years, he has also been a high level competitor in Multisport Events. June 2019, Chris finished his first 140.6 Ironman triathlon with a time under 11 hours.

Other personal bests are listed below 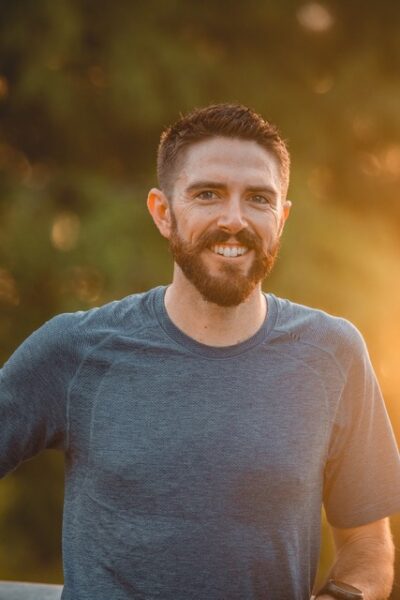 Jordon Garman is an assistant cross country coach and running lab technician at Jacksonville University, where he also received his M.S. in Kinesiology in 2018. A USATF certified coach, he is passionate about coaching individuals of all experience levels. As a pupil of running and life, he enjoys applying the knowledge he has gained through education, academic research, and his own athletic training. He is a firm believer that a coach’s duty is to assist athletes in manifesting their own abilities. Allowing individuals to gain and maintain skills that transcend the sport itself,  he views running as the perfect medium for enhancing quality of life. 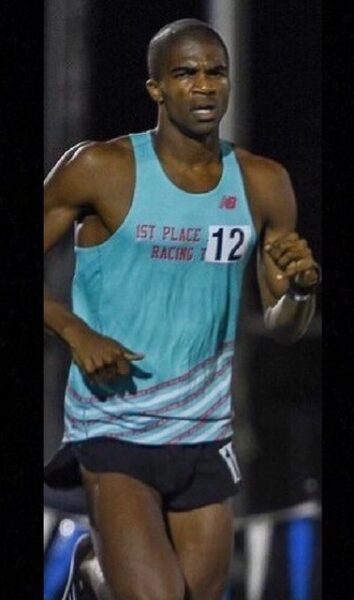 Stephen is from Jacksonville, Florida and is a graduate of Bishop Kenny High School and Florida State University. He has a Level 1 coaching certificate from USATF. He has trained middle school, high school, and adult athletes for foot races ranging from the half-mile all the way to the marathon. Stephen has also qualified for the Boston Marathon three times. 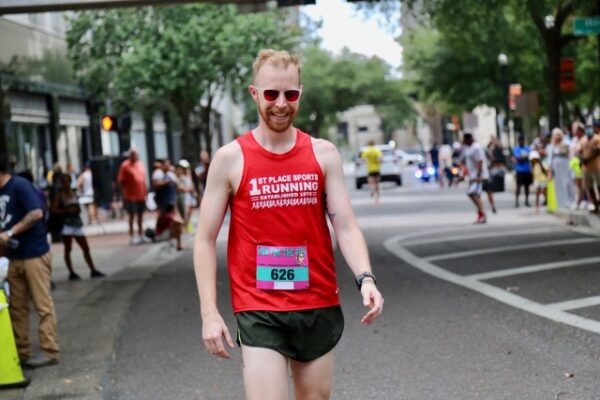 Jeff Tomaszewski, retired from the United States Navy after a successful 25 year career.  It was in 1996, while stationed at NAS Jacksonville that Jeff started running with 1st Place Sports.  Over the years with countless duty stations and overseas deployments his passion for running and triathlons continued to grow all the while maintaining strong ties with 1st Place Sports and representing them at worldwide competitions.  His dedication to endurance sports and competitive desire continues today in the elite masters division, with years of experience his achievements are validated through 28 Marathons (PR: 2:35:40), 12 Ironman Triathlons (PR: 9:34:00), and 4 Ultra Marathons.  His understanding for balancing a career and personal life has been forged through many years of accepting the failures, learning from them and turning them into victories.

Fun fact, Jeff has run his age in miles every year on his St Patty’s Day Birthday. “The Jefferson Challenge” started when he turned 28 and continued with the completion of 46 miles (March 2021).

There are many philosophies, strategies and approaches towards developing as a runner.  Jeff has always kept it simple, maintaining two key elements to his approach: consistency and a nutritional dietary plan.  With these two elements the foundation of any plan is secure.

He continues to run smarter, faster and stronger. 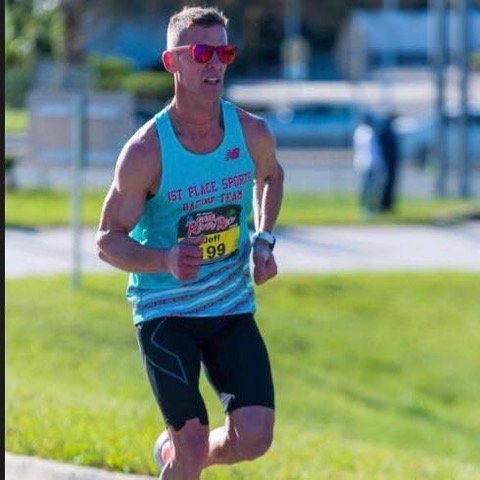 Sean enjoys helping others get better and reach their goals and potential. Giving back his knowledge and experience to the running community means a great deal and is very important to him. He is motivated by helping others, watching them improve, and sharing in their excitement. Competing as a distance runner helped build discipline and confidence that he has been able to draw upon in many aspects of his life. 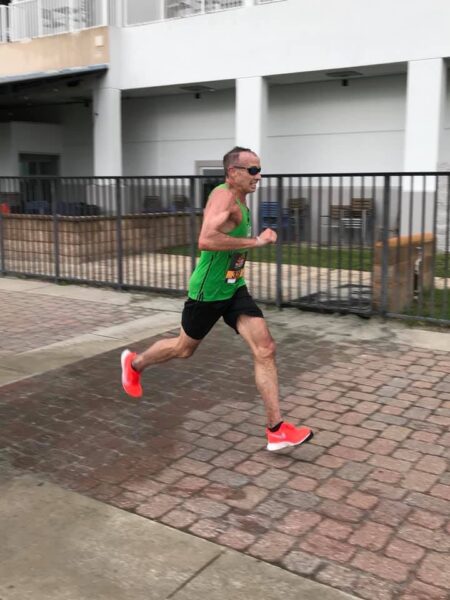